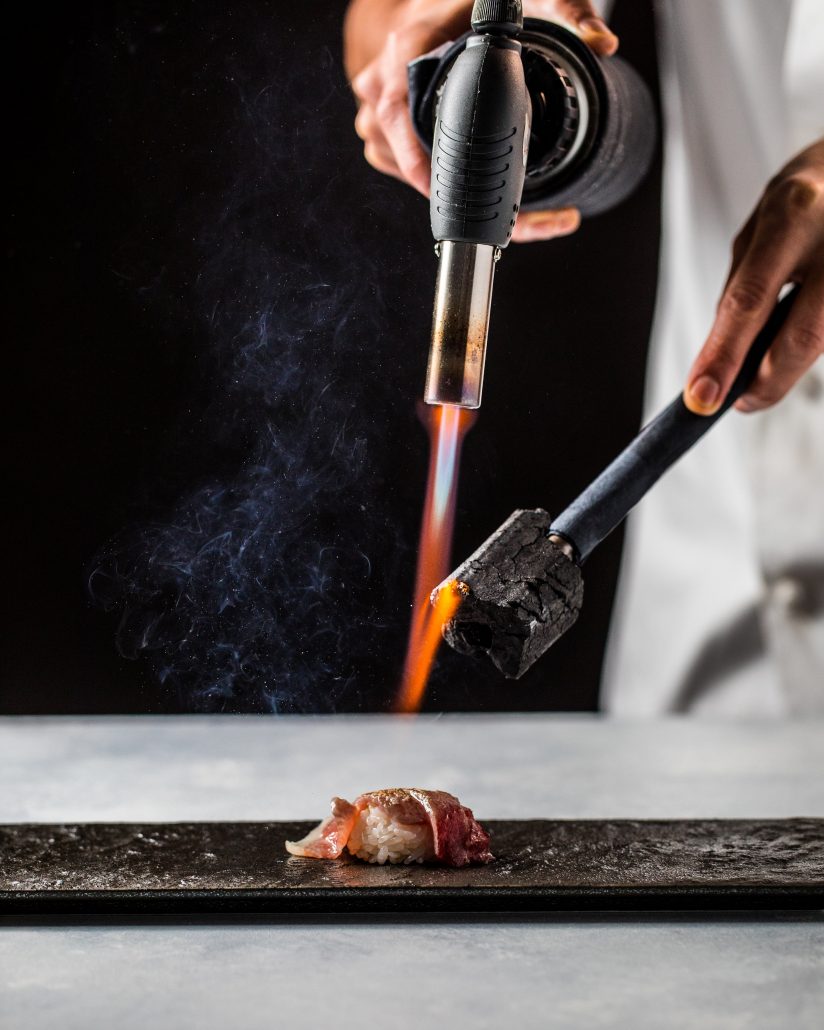 Literally translated, ABURI means “flame seared”, but as a company philosophy this word encompasses a much more profound image of innovation and change. When flame is applied to sushi, the heat changes the sushi’s flavour to create something new and exciting. With the same thought in mind, we take traditional Japanese ingredients and techniques and combine them with local ingredients and palates for a truly innovative culinary experience. Our vision is to introduce this fresh and addictive style of ABURI cuisine to the world. 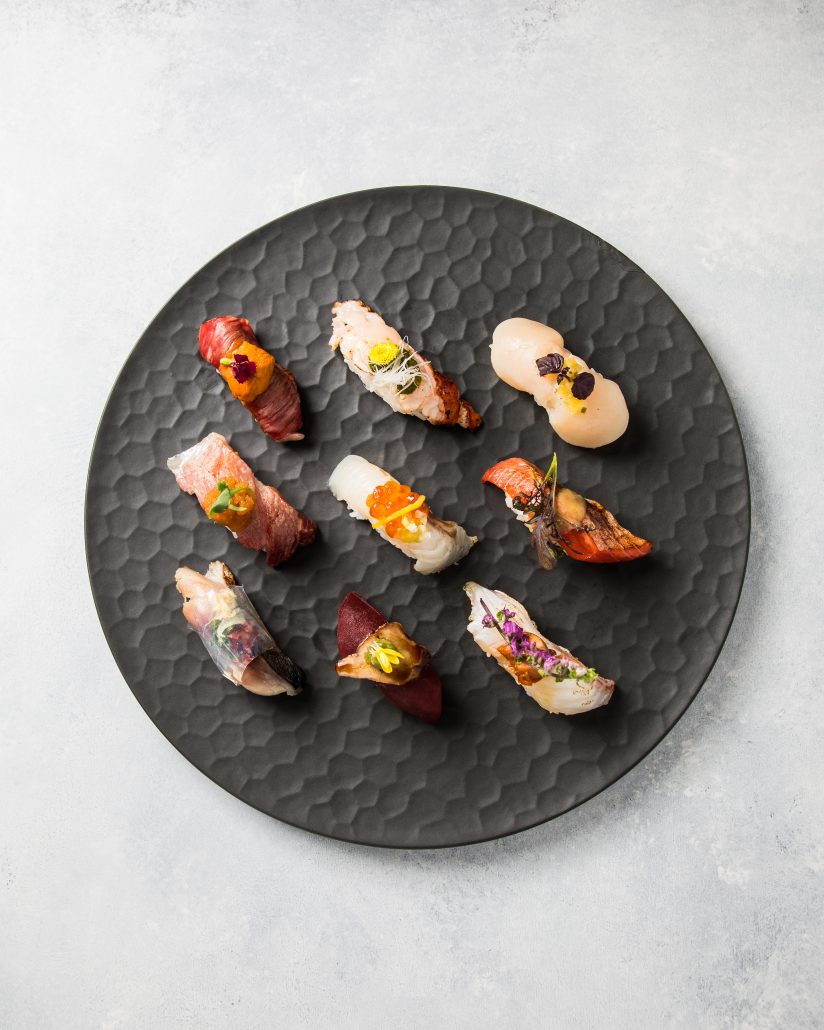 The Making of ABURI Sushi

Traditional sushi is crafted by combining raw seafood with shari (seasoned rice). Sushi is considered an art form in Japan, stressing the balance of flavour and texture, as well as beauty in presentation.

ABURI sushi is the innovation of flame searing the seafood in order to create new textures while enhancing its natural flavours. At Miku, we have taken ABURI to the next level by adding our own signature twist to this innovative style of cuisine. 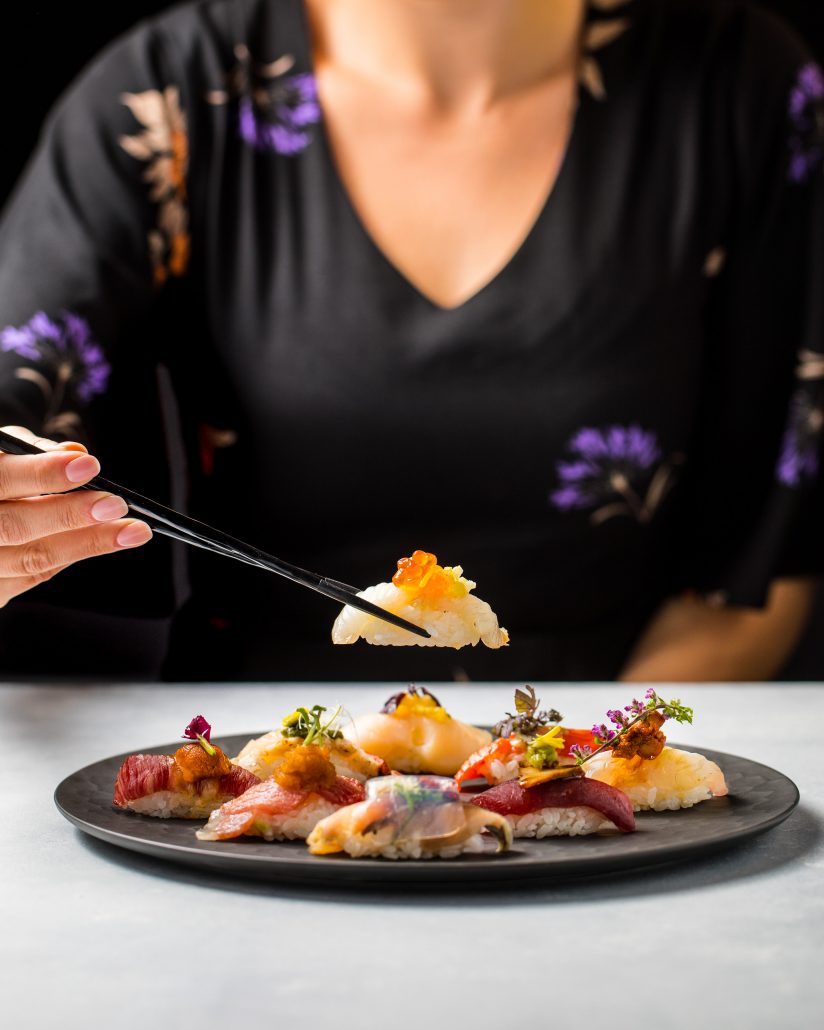 Pioneers of ABURI Sushi in Canada

We are proud to be the pioneers of ABURI sushi in Canada. Our signature Miku sauce is a secret recipe created in-house, and few key people know of its ingredients. Our sushi chefs understand that the key to perfecting ABURI sushi is in balancing each component’s texture and coordinating their flavours so that both come together to create the perfect bite. 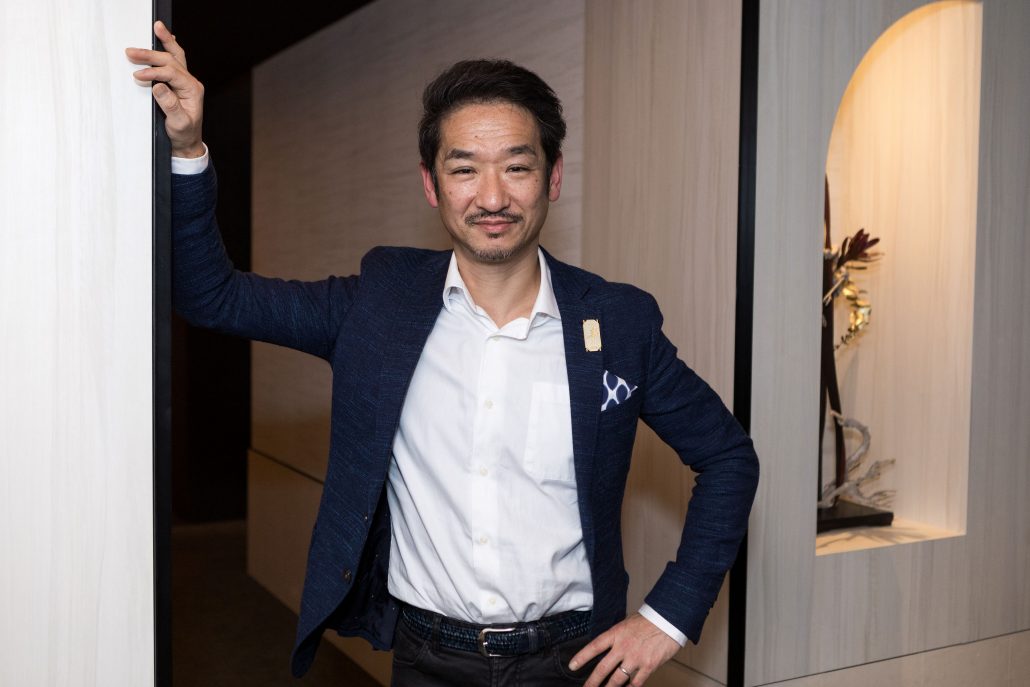 “ I don’t just want a business, but want to create a culture and a community ” – Seigo Nakamura

With a big vision and hardly any English, Seigo Nakamura took his family restaurant business of nearly six decades across the world in 2008. Successfully operating eight restaurants in the southern Japanese city of Miyazaki, going international was never an ‘if’ for restaurateur Seigo Nakamura, but a matter of when and where.  His father and former owner of the business, Juichi, always admired Canada, and when Seigo visited Vancouver for the first time in 2007 he immediately knew his concept would fit in to the city’s flair for multicultural cuisine and healthy living. The following year, Miku Restaurant opened in Vancouver downtown, specializing in beautifully executed Aburi (flame-seared) sushi and entree dishes. After 3 successful years, Miku has grown a reputation amongst Vancouverites as ‘the place to go for Aburi sushi.’ Following this favorable outcome and his personal dream of expansion, Seigo knew it was the right time to open up his second venture, Minami, in the vibrant neighborhood of Yaletown.

“My goal in business is not just to be successful. I want to create a whole culture and community.” – owner and CEO, Seigo Nakamura

A restaurant is a business that connects people through delicious food, comfortable space, and memorable service. We believe that the greatest restaurants not only connect people, but also build lasting relationships, both staff-to-guest and staff-to-staff.

Our Aburi corporate philosophy is Ningenmi. Literally translated as ‘the human flavour,’ Ningenmi is a Japanese term used to refer to a person with the outstanding human qualities of sincerity, thoughtfulness, and passion. Adopted as our corporate philosophy by owner and CEO Seigo Nakamura, he defines this term as “finding happiness in one’s life by bringing joy to others”. 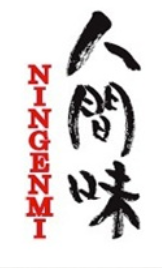 The three principles within our Ningenmi philosophy are:

Related article: Defining the Human Flavour, Inside Vancouver (written by Denyse Johnson; May 2011)