For this week’s Sake of the Week, we are exploring one of our most popular Daiginjo selections: the Dassai 45. 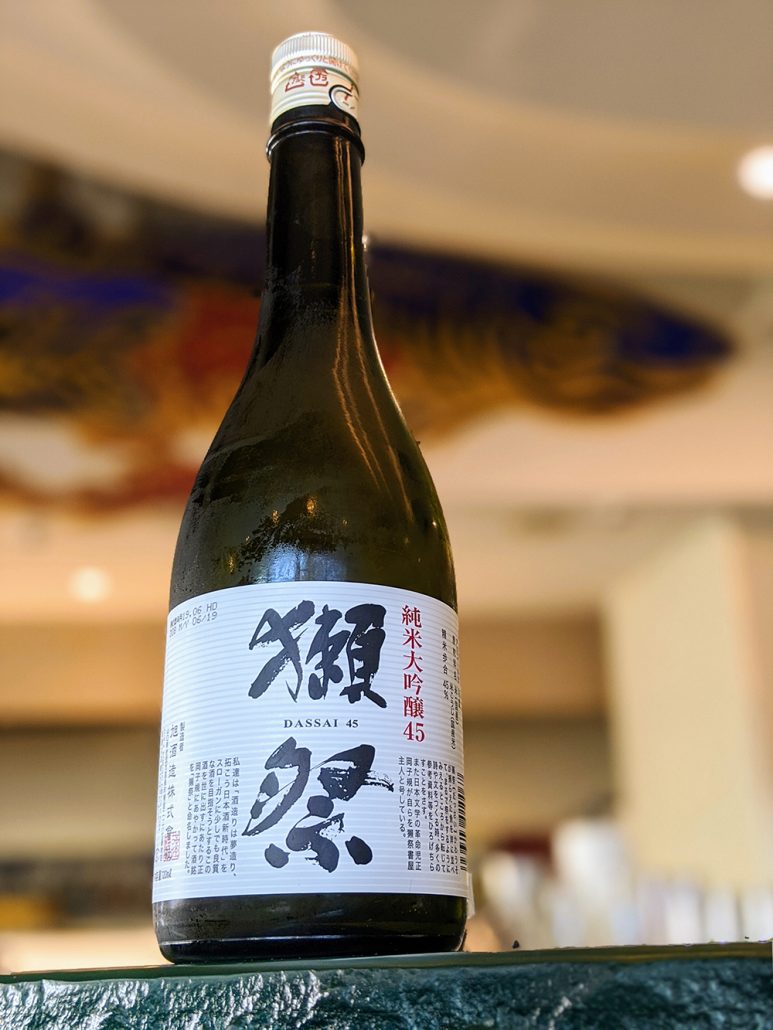 Dassai 45 comes from Asahi Shuzo brewery in Yamaguchi Prefecture. This is not the same as Asahi beer! Asahi Shuzo prides itself on making sake of the highest quality, where the brewery combines ancient sake-making methods with innovative technology to produce only top-grade daiginjo sake. Unlike the majority of sake breweries, Asahi Shuzo brews sake year-round, allowing them to produce a steady, consistent product with attention to the fine details that make their sakes top notch in quality.

The ’45’ in the name ‘Dassai 45’ represents the polish ratio of the rice grain; in other words, only 45% of the rice grain remains after the polishing process, resulting in a delicate and refined sake with clean flavour. On the nose, Dassai 45 is slightly floral with hints of blossom and melon. On the palate it is refreshingly smooth, a hint of sweetness, and a faint taste of anise. This fantastic sake is best served chilled.

At Miku, we serve the Dassai 45 by the glass, half-litre, and bottle.

Newly relabelled in April 2019, Dassai changed their polishing ratio from 50% to 45%, thus changing the name from Dassai 50 to Dassai 45.